Depending on your age, you may have any number of medical things to check up on yearly (or regularly in some fashion).  For women in the United States, especially over the age of 45, one of those checkups usually includes a yearly mammogram. For older women, sometimes recommendations of one mammogram every two years are made.  Questioning routine tests or preventative care isn’t something that we do often as a society, because we want to do what seems best for our bodies and because we generally trust the recommendations made.  Questioning a recommendation may not be for everyone, and going against a recommendation is certainly not for everyone, but as educated consumers, knowing some information about tests we’re having performed is also an act of taking care of ourselves.

Here’s what we know about Mammograms

Let’s take a look at some basic facts surrounding the mammogram:

Now let’s look at some of the perceived risks of a mammogram:

Next up, perceived benefits of mammography:

So what do we DO with all of this information?

We get to decide for ourselves in our healthcare.  It’s a way we can take care of our bodies—not the tests themselves, but our actual involvement in the decision-making process, in the asking of questions and learning information that assists us in making a well-informed decision.  We are allowed to take all the data and apply it or throw it out the window, it’s a choice we get to make. Not all of us will apply the things we’ve learned exactly the same way, and that is okay, too.  If any of this information has caused you to have more questions, you are free to seek out answers.  Don’t be afraid to do the research.

We’ve looked a lot at mammography, but what about some alternatives or conjunctive therapies to mammography?

A couple of conjunctive tests involving less risk and no radiation include ultrasounds and MRIs of the breast—but most providers will not prescribe these as stand-alone screening tools.  Knowing that prevention is likely of greater importance than detection, taking good care of our bodies now is important.  There are so many ways to take care of our bodies, but specifically speaking towards prevention and screening, one other option to consider is thermography.  Thermography uses an infrared camera to take a picture of your body, measuring the temperature of the skin on the breast surface (or any body surface). Thermography uses NO radiation.  Thermography is based on two ideas:

Thermography is useful for women (and men) of any age group, but especially useful in women under 50 since mammography may not have satisfactory results until after age 50. Thermography detects subtle changes that could indicate infections, underlying disease, fibrocystic disease, or even cancer.  Thermography essentially takes a picture of your body’s health, and allows you to see how that picture is changing over time if you continue having thermograms done regularly (once you have a baseline established, this would be an annual screening). These images could be helpful in prevention as well as in detection of health concerns. Thermography can be used in conjunction with mammography as well.  The thermal image is read by a licensed thermographer and you are given a report you can take to your physician.  If you aren’t sure if your physician is familiar with thermography, you can ask him/her, but Insight Thermography can help you find a physician that will work with you as well. At Insight, Erin and Mandi can help get you on a path to healing, wherever you are—it isn’t ever too late to step out and feel your best! 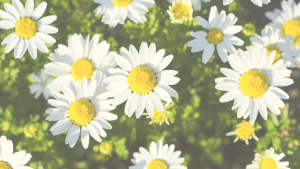