Did you know that most men in the Colonial era did not in fact wear wigs? Only about 5% of men did, because wigs were expensive and impractical in blue-collar jobs, which made wigs really only an option to be worn by men such as lawyers or statesmen.

How about this one–did you know that lightning CAN in fact strike the same place twice (or more than twice)? Or that mother birds won’t actually neglect their babies if the babies are touched by a human? (However, it’s still wise not to touch a baby bird, as it may be out of the nest learning to fly, and/or the mother or father bird may see you nearby and fly at your face or peck at your head.)

What about THIS one—bananas don’t actually grow on trees, but rather on giant perennial herb plants. Did you know that? By definition, bananas are actually BERRIES because they don’t produce mature seeds (which also means strawberries are NOT actually berries.)

Some of those are pretty crazy myths–debunked. Myths get started in various ways–through the passing down of stories, or a simple miscommunication (think the game “telephone” over generations.) Sometimes, an assumption is made and simply passed on as fact. That being said, and as your parents may have taught you as a child, you shouldn’t always believe everything you hear.

Just like anything else, thermography–a form of health scan imaging–has it’s own myths and misconceptions that are just not true. What it all boils down to is a lack of education around thermography–who it’s for, when to get one, what they detect–and we are here to set the record straight.

Myth #1: Thermograms are an alternative to mammograms.

Thermograms are not an alternative or replacement to mammograms. Thermograms should be used in conjunction with mammograms. Most American women begin receiving routine mammograms at age 40-45. Thermogram screenings can begin at any age, with 25 years being a suggested age to consider beginning routine thermography. If a woman has been keeping an eye on her body’s thermal “baseline” for years prior to age 40-45, and something shows up out of the ordinary for her on a thermogram, this woman could and should see her physician to request further imaging to investigate what may be going on in her body.

Myth #2: Thermograms are painful and dangerous

Thermograms are completely hands off; there is no compression or pain or pressure of any kind involved in a thermogram. Receiving a thermogram is absolutely pain free and non-invasive. Thermography also uses no radiation, which means you are exposed to zero radiation. There is no danger associated with thermography–it is just like having your picture taken.

Myth #3: Thermography is for people ages 40 and older.

Thermography is for EVERYbody! Many routine forms of health scan imaging have age guidelines, but thermography can be beneficial to anyone. Thermography is like taking a picture, and routine thermography gives a long term view as that picture changes or stays the same. Imagine it to be something like a fingerprint of your entire body. If you are wanting to start assessing your health prior to developing any symptoms, or if you are wanting to look deeper into symptoms that you haven’t been able to find the cause of, or if you’re just wanting to add in some other health and wellness routines to your life, thermography may be right for you!

Myth #4: Thermography is only for women.

Debunking this one is two-fold. First of all, thermography is used in conjunction with other health scan imaging in evaluating breast concerns. Second of all, thermography is not solely detecting any one thing! Thermograms are thermal images of what is going on in the body, and can be used to assist in identifying areas of the body in distress. This can range from organs under some type of stress to sports injuries to metabolic changes including hormonal issues.

Help us put Thermography Myths to a Stop

What crazy myths have you believed or debunked? Did you know/wonder/believe any of these myths about thermography? Do you have any other questions or possible myths we didn’t look at in this post? Leave your thoughts in the comments below! Of course, there is no better way to change your mind about a misconception than to experience it first-hand. That’s where we come in. To schedule your first thermography health scan imaging experience, visit our make an appointment page or give us a call at 405-306-6340. 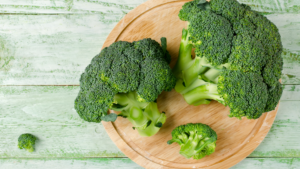 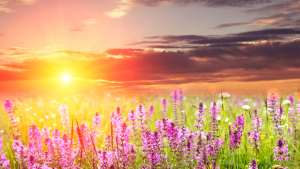