Depending on your age, you may have any number of medical things to check up on yearly (or regularly in some fashion). For women in the United States, especially over the age of 45, one of those checkups usually includes a yearly mammogram. For older women, a mammogram every two years is sometimes the recommendation.  Questioning routine tests or preventative care isn’t something that we do often as a society. This may be because we WANT to do what is best for our bodies, and we may generally trust the recommendations made.

Here’s What We Know About Mammograms

Let’s take a look at some basic facts surrounding the mammogram:

Mammography is the process of obtaining an X-Ray of the breast. This process uses two plates to flatten the breast to spread the tissue apart so the X-rays can more easily go through the tissue.

Routine mammography screening began in the 1970s and 80s.

Mammography screening is an early detection tool, not a preventative tool.

The goal of mammography is earlier detection of invasive tumors that would be lethal. [1]

Perceived risks of a mammogram:

Overdiagnosis is the diagnosis of something that will never cause symptoms or death during one’s lifetime.  It is estimated overdiagnosis of cancers found in mammogram screenings is as high as 30-46% [1] [2].  A radiologist reading 1,000 mammograms a year would prolong or save one life over that time but burden one woman each year with overdiagnosis [1] (and overtreatment; more on that later). Overdiagnosis can occur because a tumor lacks the potential to progress to clinical stage. Overdiagnosis can also occur because the tumor regresses, or because the woman would die of other causes before the breast cancer had ever surfaced clinically.  This results in the patient receiving treatment anyway, at no possible survival benefit to the patient. Overdiagnosis and overtreatment is a burden on the patient and the healthcare system.[2]

The Risk of False Positives

Overdiagnosis is the diagnosis of cancer that is actually present, but clinically would be unlikely to cause any harm or death. Additionally, there is also the risk of a false positive diagnosis. The risk of a false positive, in the US, after ten mammograms, is as high as 49%.  Nineteen percent of women without breast cancer will undergo a biopsy after ten mammograms [1].   The risk involved with the false positive scenario is largely psychological.  A rollercoaster of emotions, what-ifs, etc. are at play. Finding out the alarm is false is a relief, but at the same time, psychological damage is already present.

This damage seems to take at least three years to begin to dissipate in many women receiving a false positive diagnosis.

That makes sense because being declared cancer-free, in a false diagnosis situation, generally took six months to two years– when no cancer was ever present at all [2].

Both overdiagnosis and false positives can lead to overtreatment. Overtreatment can involve biopsies, surgeries, radiation therapy, as well as chemo. These treatments and procedures all have a place and time when they’re necessary. However, it is important to mention their risks, considering the instances of overdiagnoses and false positives. Radiation therapy increases the risk of cardiovascular death, and chemotherapy may be cardiotoxic. [2]  Both can weaken the immune system. This makes it easier for second cancers to develop. Chemotherapy may cause bone marrow to make abnormal cells in some cases, which can lead to second cancer as well.[3]

Outside of radiation therapy, the radiation exposure from mammograms themselves is a concern to some people.  This is especially true for younger women with a genetic or familial predisposition to breast cancer. While this group of women needs to begin screening early, some researchers suggest considering alternative screening methods. [4] The truth is, we are exposed to radiation in some form every single day—food, soil, television, computers.  The majority of our “extra” exposure comes from varying types of medical scans. This commonly includes X-rays, mammograms, and CT scans.[5]

As a society, due to advances in medical technology and increased accessibility to equipment, our exposure to medical scans is greater now than ever before.  The radiation emitted from many of these scans is a low dose but accumulates over time.  This type of radiation can damage DNA cells and if the body does not perfectly repair them, DNA mutations down the line can contribute to the formation of cancer [6]. The effects of radiation take many years to appear, so we can not know the actual damage done until it is…actually done. In 2009, the National Cancer Institute estimated that 2% or 29,000 cancer diagnoses in 2007 were caused by radiation exposure from CT scans.[5] CT scans emit much more radiation than a mammogram, but radiation effects over time are still a point worth considering as we make medical decisions.

Next Up, Perceived Benefits of Mammography:

This makes sense. Breast cancer identified in its early stages allows for significantly less invasive and less intense treatment options. However, what has been found, at least in the US,  is a large increase in ductal carcinoma and localized invasive breast cancers, with a very small decrease in cancers with metastases. If a reduction in the incidence of advanced cancers hasn’t been seen with screening, and the increase of localized cancers appears to coincide with the introduction of screening, there is some cause for pause to at least consider if screening is really working. The increase in localized cancers is likely due to overdiagnosis, not an early diagnosis.[1]

Late Diagnosis Even with Consistent Mammograms?

Outside of the US, one Norway study concluded that if left alone, many screenings detected cancers would have regressed spontaneously.  That same study found late in age diagnosis of invasive cancer to be true as well, in groups of women who have participated in a screening regimen for twenty years [1]. The question to ask here is why are we seeing late diagnosis if these women have been having consistent screenings all these years? Where is the early detection, this perceived benefit of mammography?

Norway found an increase in the diagnosis of Stage I cancer by 58%, Stage II by 22%, but did not find any reduction in the diagnosis of Stage III or Stage IV breast cancers in women participating in mammography screening programs. ALL of these women would receive surgery and most of Stage II or higher patients would also be advised chemotherapy.  In countries with mammography screening programs,  incidence rates of diagnoses of invasive breast cancer keep increasing consistently, further supporting the argument that early detection is not reducing the intensive amount of treatment required when these invasive breast cancers are found[2].

This is not to say that surgery and or treatment are not necessary, it is simply to show that mammography screening programs do not have data to support the claim that they reduce the intensity or invasiveness of therapies.

Mammograms and the Cochrane Review

Mammography was evaluated in randomized trials before it was widely recommended/implemented.  In 2000, the Cochrane Review, the gold standard in evidence-based healthcare, indicated that based on those randomized trials, mammography screening had little effect. Among 1,000 women participating in biennial mammography screenings from age 50, for twenty years, 2-3 women will be prevented from dying of breast cancer.

Over 12 years time, one death would be prevented, but data suggests the total number of deaths from breast cancer would increase by six! [2] Furthermore, currently there is no data that shows the detection of DCIS, a form of non-invasive or pre-invasive breast cancer, saves lives, but the incidence of DCIS has increased much fold with screening. In fact, results of autopsy studies suggest less than 50% of DCIS lesions progress.[1]

Certainly, a life saved is a reason to rejoice. But- the weight of the facts of lives lost to overdiagnosis and overtreatment are also worth a moment of consideration.  While screenings may have played some parts in the reduction of mortality, another reason for the reduction in mortality may simply be an increased awareness of breast cancer.
Before screening programs began in Denmark, tumor sizes at diagnoses in 1978-79 were on average 33m (1978-79). A decade later, still without screening programs, tumor sizes at diagnoses were on average 24 mm (1988-89). Why? Credit is attributed to greater breast cancer awareness.

Interesting to note is in that same study, amongst a screening group and a control group, the average decrease in tumor size at diagnosis was only 5 mm difference. So, prior to screening programs, but due to an increased breast cancer awareness, a larger difference in average tumor size was noted.[1]  Being self-aware and involved in our own healthcare can and does make a difference, and is worth the investment of our time and intellect.  We only have one body!

So what do we DO with all of this information?

We get to decide for ourselves in our healthcare.  It’s a way we can take care of our bodies—not the tests themselves, but our involvement in the decision-making process. The asking of questions and learning information assists us in making a well-informed decision. Take all of the data into consideration, then apply it or throw it out the window. That’s up to you, it’s the choice you get to make. Not all of us will apply the things we’ve learned exactly the same way, and that is okay, too.  If any of this information has caused you to have more questions, you are free to seek out answers.  Don’t be afraid to do the research.

We’ve looked a lot at mammography, but what about some alternatives or conjunctive therapies to mammography?

A couple of conjunctive tests involving less risk and no radiation include ultrasounds and MRIs of the breast. The trouble with these options is that most providers will not prescribe these as stand-alone screening tools.  Knowing that prevention is likely of greater importance than detection, taking good care of our bodies now is important.  There are so many ways to take care of our bodies! Specifically speaking towards prevention and screening, one other option to consider is thermography.  Thermography uses an infrared camera to take a picture of your body. This camera measures the temperature of the skin on the breast surface (or any body surface). Thermography uses NO radiation.  Thermal imaging is based on two ideas:

Thermography is useful for women (and men) of any age group, but especially useful in women under 50. This is because mammography may not have satisfactory results until after age 50. This radiation free imaging option detects subtle changes that could indicate infections, underlying disease, fibrocystic disease, or even cancer.  Thermography essentially takes a picture of your body’s health, and allows you to see how that picture is changing over time if you continue having thermograms done regularly (once you have a baseline established, this would be an annual screening).

These images could be helpful in prevention as well as in detection of health concerns. Thermography is useful in conjunction with mammography as well.  A licensed thermographer reads your images, and you receive a report you can give to your physician.  If you aren’t sure if your physician is familiar with thermography, you can ask him/her. Also, Insight Thermography can help you find a physician that will work with you! At Insight, Erin, Alisha, and Abby can help get you on a path to healing, wherever you are—it isn’t ever too late to step out and feel your best! 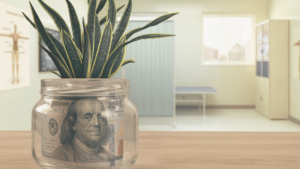 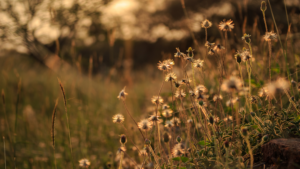 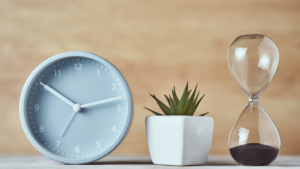